Zara sales are one of my most favorite times of the year (it's pretty up there on my list next to Christmas) because you get clothes and shoes for a frickin steal! Zara is practically giving away their stuff for free during sales. I blogged about my last shoe sale haul back in August, which you can read more about here! As you guys know, I've Zara obsessed so I especially ball out during the sales. On top of the shoes, I also splurge on clothes so you'll see a bunch of new #ootds on my Instagram account. Keep in mind, every single one of these shoes were at least $90+ and I got them all for under $30! Let's start the post off with my favorite out of the bunch. This was the most expensive out of the haul at $30 but let's be real - it was originally $100! I don't need to point out the AMAZING details in the heel. Just look at the gold glitter, who wouldn't swoon over this boot!? For this boot, there isn't anything special per se but it was $15 and a color I didn't previously own so why not! It'll be a great alternative for the days I don't feel like wearing black (which is once in a blue moon). 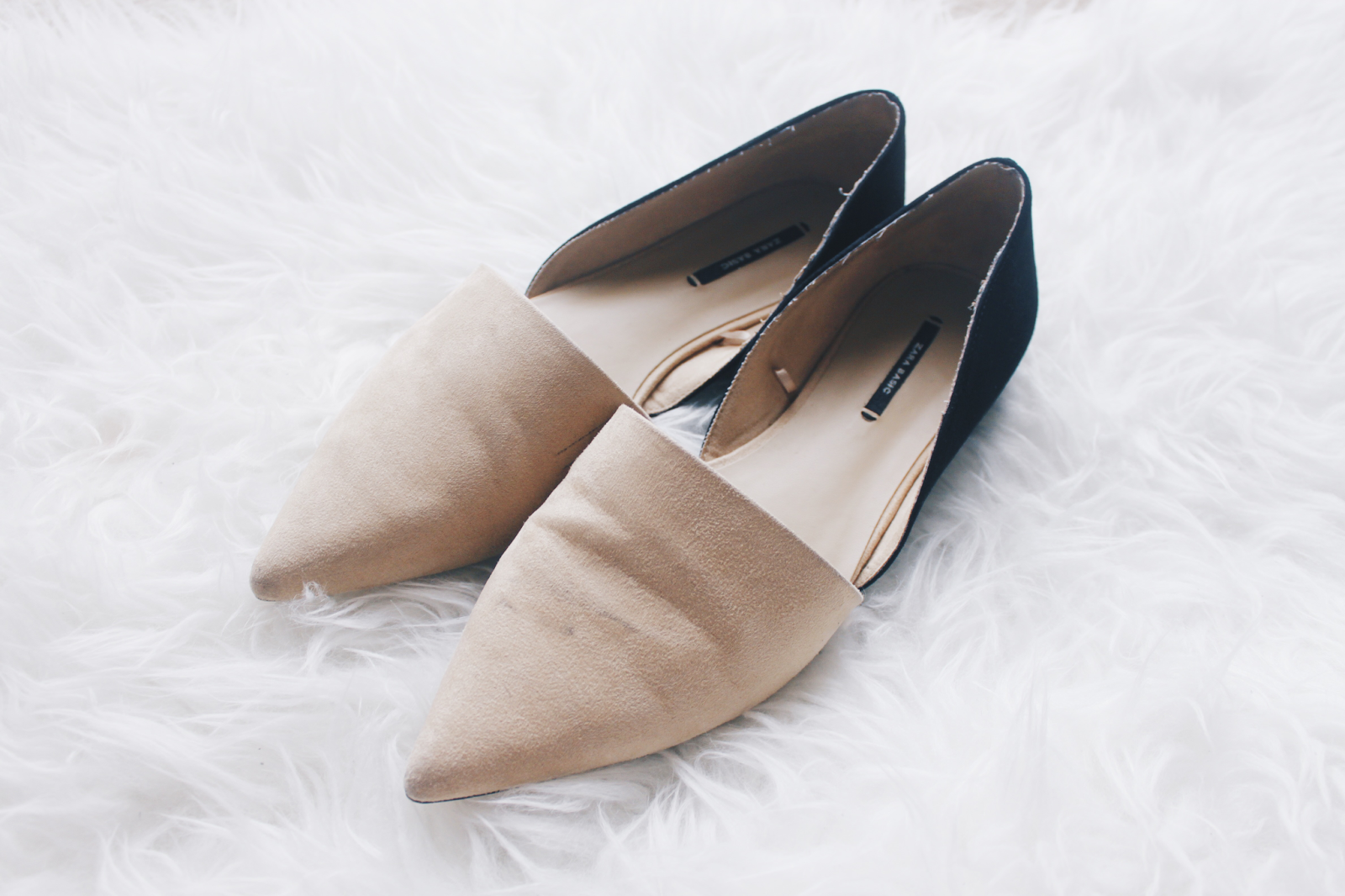 It's rare for me to wear flats but I thought this particular one was very chic and perfect to slip on for weekend errands. This pair was $12 so how can you possibly turn down a price tag like that? I really like the pointed toe detail and the contrasting colors. The next two pairs of shoes are similar, minus the type of heel. The black one has a distinct point and the white pair has a wooden block heel. They weren't the most comfortable out of the bunch but so it'll taking some breaking in but for $12 each, I'll make it work! The cut of the style on both of these are so different from anything I've seen so I can't wait to style these bad boys.

All five pairs added up is less than $100 so like I said, Zara is practically giving away shoes and clothes during their sales. If you haven't checked out the sale yet, hurry up and do so because it's nearing the end!